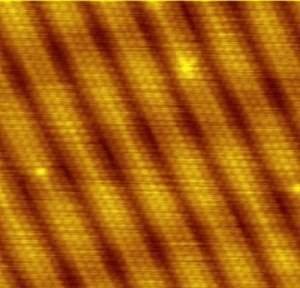 Dr. Dean Ho’s experiment began with a bang. His mixture of TNT and RDX was just the right combination of chemicals to get his experiment going. But while composition B is known for being the main ingredient in hand grenades and artillery, Ho was more interested in the leftovers of the explosion: nanoparticles.

In this case, the particles, called nanodiamonds, are a type of nanoparticle being used in imaging. Nanodiamonds are anywhere between two and eight nanometers wide, and have multiple facets that act as loading docks for other molecules. Ho and his colleague, Dr. Thomas Meade, combined the particles with gadolinium, a commonly used—and highly toxic—magnetic resonance imaging (MRI) contrast agent. The results, according to Ho, were surprising.

“We observed an immense increase in the efficacy of the contrast agent,” explains Ho, who is an associate professor of biomedical engineering and mechanical engineering at Northwestern University and also plays a role at the university’s Robert H. Lurie Comprehensive Cancer Center. “We got numbers that were among the highest ever recorded.”

Diamonds in the rough
The difference between a nanodiamond-bound gadolinium and a free-floating gadolinium was dramatic. In their study, which was published in the January 2010 issue of Nano Letters, the group described a 12-fold increase in a gadolinium’s relaxivity, or relative brightness, when bound to a nanodiamond. The nanoparticle-gadolinium combination resulted in enhanced signal intensity and significantly more vivid images. More recently, Ho and his colleagues published an article in Science Translational Medicine describing the success of nanodiamonds bound to cancer drugs in vivo using mice. The next step, says Ho, is larger animal models.

Meade, the lead author of the study, has been fine-tuning the nanoparticle-gadolinium combination for years. His goal has been to address one of the weaknesses of MRI, which is its low sensitivity. By combining contrast agents with nanodiamonds, Meade has been able to produce very bright particles. This, in turn, may let radiologists to use lower doses to achieve the same relaxivity.

“The goal is to treat patients with significantly reduced doses,” says Ho. “You can really improve efficiency and sensitivity, and reduce toxicity.”
Sensitivity and toxicity, according to Meade, are key for MRI. “It is the field’s biggest Achilles’ heel,” says Meade. In this context, he explains, nanodiamonds are like hitting the jackpot.
1(current)
2
3
4