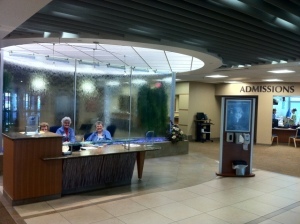 Almost one-sixth of all Americans depend on critical access hospitals. In the United States, 1,324 of these rural facilities serve nearly 54 million patients every year, according to the December 2010 report released by the Rural Assistance Center, an organization created in 2002 from the U.S. Department of Health and Human Services’ Rural Initiative. But these first-line treatment centers are struggling.

As critical access hospitals continue to face funding cuts, they must find creative ways to stretch their dollars without sacrificing patient care.

Upgrading technology
For instance, Community Hospitals and Wellness Centers, which runs three hospitals in Ohio, realizes the importance of upgrading its health information system. But it hasn’t been easy. The organization hopes to meet meaningful use standards to qualify for approximately $3.7 million in funding, set aside by the American Recovery and Reinvestment Act of 2009.

The law mandates that hospitals adopt an electronic medical records system by 2015. Although the hospitals recently converted to a new system, it will take several years to completely put it in place. Plus, to comply with regulatory standards, the facilities must meet certain milestones within extremely tight deadlines.

Greg Slattery, vice president and chief information officer, says the organization did not want to upgrade its HIS just to have the newest technology. Instead, the upgrade would help the hospital avoid reimbursement penalties, better manage patient information and comply with new federal standards.

“The whole challenge is that we’re being asked to do more with less, and with a shorter timeline,” Slattery says.

If all goes well, however, the hospitals will be able to increase their reimbursement because of the switch, Slattery says.

Still, just because medical data is on a computer doesn’t mean entering, accessing or using it is any easier. Slattery has added personnel to his help desk and continues to train staff members on the new system. “Even with that, I feel that my IT staff is probably understaffed,” he says, adding that the facilities now have more complex systems that are more difficult to operate and deploy. The IT staff continues to unveil the system to different departments and train personnel because it is a multi-step process. The federal standards have made it a more challenging process than it needs to be due to the demands for rapid integration as well as equipment and deployment costs, Slattery notes.
1(current)
2
3
4

PPE is no silver bullet for keeping frontline staff safe