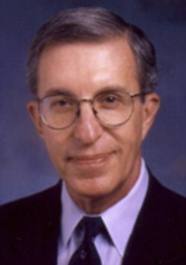 Most of the surgical community is aware that American College of Surgeons president-elect, Dr. Lazar Greenfield, came under fire for an editorial he wrote in the organization's newspaper, Surgery News. The piece referenced scientific studies about the mood-enhancing effects of semen, saying the research represents an even deeper bond between men and women than St. Valentine suspected.

The article drew criticism and Greenfield resigned as editor of the publication, and also relinquished his role as the organization's incoming leader.

The controversy divided the field into two camps: Was Greenfield's piece demeaning to women, and is it reflective of attitudes shared by the predominantly male membership of the College? Or was it simply taken out of context?

"My lighthearted comment related to Valentine's Day was intended to amuse readers," Greenfield told DOTmed News by e-mail. "No one questioned my intent, since I have a long record of recruiting and promoting women in surgery."

But Dr. Colleen Brophy, a surgeon and professor at Vanderbilt University, who served as chair of the Surgical Research Committee, resigned her post and terminated her membership to the organization saying she did not want to be part of a group that did not see the negative effect of the piece.

The "attempted cover up by pulling the entire February issue" in addition to the slow response and lack of apology was upsetting to her, she says. "Dr. Greenfield only regrets that he offended individuals, he does not regret what he said."

Greenfield says he did apologize for the comments, but his sentiment, "was not sufficient for some women who convinced the leadership that I was unsuited for the presidency to which I had been elected."

At a meeting on April 17 when Greenfield addressed the board, he expressed his deep regret that individuals had been offended and noted his resignation as editor but said he desired to continue as an officer. "Dr. Greenfield said he believed he could do so in a manner that would further the best interests of all constituents who are part of the surgical community," says Carlos A. Pellegrini, the board's chair, in a statement.

Greenfield says he wanted to use the experience and meet with female surgeons to discuss forms of hidden or unconscious discrimination. "Facing threats of demonstrations by women at any medical meetings I might attend, I resigned," Greenfield says. "There should have been a way to reach a less destructive outcome."

Dr. Linda Brodsky, a pediatric otolaryngologist based in Buffalo, N.Y., couldn't agree more. She was part of a prominent, decade-long gender discrimination lawsuit and is an advocate for female surgeons.

While she admits something about the piece didn't make sense upon first reading it, she wasn't offended. "I could see that he was trying to be clever," she says, citing the Valentine's Day reference. "He tried to take folklore and link it to the science."

Brodsky says that the issue resulted because there is a gap in the way generations communicate. She also believes that since he does not have a record of mistreating women, Greenfield may have gotten unfair treatment himself.

"The punishment does not only not fit the crime," she says. "There's not enough need here to take the guy down."