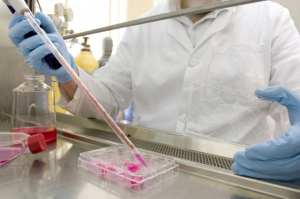 From the April 2011 issue of HealthCare Business News magazine

It’s common in policy circles to hear breathlessly hyped visions of China’s coming superpower role, spoken in a mixture of awe, fear and not a little schadenfreude (if the speakers are not American) or masochism (if they are). The few centuries of supremacy of the West, the story goes, are merely an interregnum, a historical anomaly, between periods of Chinese dominance. According to predictions by The Economist, for instance, China will surpass the United States to hold the title of the world’s biggest economy by about 2020.

The hype extends to China’s science, too. According to a 2008 Physics World article, the country now produces more scientific papers in physics than the United Kingdom and Germany. If the trend continues, next year it will surpass the United States in all scientific papers published.

One area where China particularly stands to dominate is in regenerative medicine and stem cell research. With extensive government backing, relatively open regulations and few ethical hang-ups over the issue, China is poised to take off as a major player in this field.

Various markers point to the country’s rise. As of 2009, China had 1,116 stem cell publications, almost as many as the United Kingdom, according to some accounts. And the country is putting its money where its mouth is, investing millions of dollars of public funds to develop stem cell laboratories and research projects.

China also generates an almost staggering amount of human capital, which is also being “invested” in this science. According to the Ministry of Science and Industry, there are about 400,000 graduates in science and medicine each year, with many presumably lured into stem cell research. These graduates in turn will be mentored by the force believed to be leading China’s stem cell surge – Chinese Diaspora researchers drawn home with the promise of well-funded labs.

But some skeptics believe the country’s science has been oversold, arguing that a peek behind the curtain often makes the numbers look less impressive. Those physics papers China cranks out? The average number of citations per article is a relatively lowly 4.12, with China ranking 65 in a world citation index, just above Kuwait, according to Physics World. For stem cell research, to truly succeed, China will likely have to crack down harder on a scandal that has long gnawed at the country’s reputation: the lightly regulated stem cell “clinic.”

Boston Scientific to acquire Preventice Solutions for up to $1.2 billion total