This Month in Medical History: AIDS test made commercially available 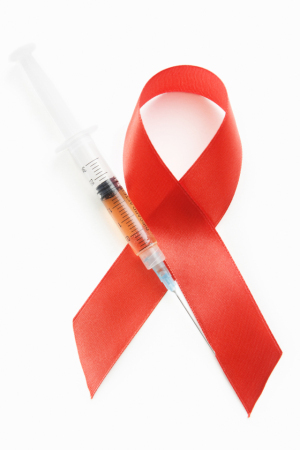 From the March 2011 issue of HealthCare Business News magazine

In the early ‘80s, AIDS had just begun to cast its shadow over the American population and appear on the front page of every major newspaper. The news carried accounts of accidental infections through blood transfusions with troubling regularity. The first cases of AIDS in the U.S. appeared almost right at the beginning of the decade, in 1981. However, those cases weren’t recognized as harbingers of an epidemic. In most instances, they were just noted as strange flare-ups of seldom seen diseases, or oddly persistent strains of more common diseases. The very first were, some experts now believe, to have been among at least eight cases of a type of cancer somewhat common to the elderly that were diagnosed in gay young men in New York, but unlike the typically benign version seen in the elderly, the eight cases all were of a deadlier form. About the same time, a marked increase in a rare type of lung infection was noticed among the gay populace in New York and California. At this point, the Centers for Disease Control and Prevention began to take notice.

By June 1981, an investigative task force was in place and what’s often cited as the first indentified cases of acquired immunodeficiency syndrome were brought to light. Today, medical professionals and researchers seem to know nearly everything they need to about the disease, short of curing it. But 25 years ago, this wasn’t the case. At first, the information presented to the public was wrong to the point of being potentially deadly. The New York Times ran a story about the cancer cases hitting the gay community and quoted Dr. James Curran of the CDC as saying there was “no apparent danger to non-homosexuals from contagion.”

In just a few months, cases would begin to appear among intravenous drug users and women. Just over a year later, in September of 1982, the epidemic would be named. By December of that year, public fear would hit new highs after a 20-month-old child — a multiple blood transfusion recipient —died from complications caused by the disease after being infected through a tainted blood supply. The wake-up call was heard and the public realized the disease wasn’t just something for homosexuals, or drug users or any easily boxed-in and packaged social demographic. What had been troubling became alarming and public outcry was fierce.

Conflicting reports continued to arrive from health care experts and among the public rumors spread like a secondary epidemic. Methods of transmission were reputed to be anything as innocent as a handshake to nearly unavoidable airborne transmissions. Blood donation centers were impacted as misunderstandings and misinformation led many individuals to stop donating blood, leading to a major shortage. Further, there was also the concern about providing tainted blood during a procedure.
1(current)
2