Are you saving money with your GPO? 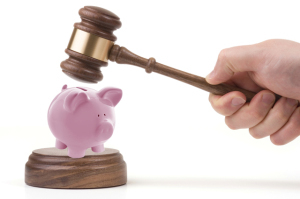 From the March 2011 issue of HealthCare Business News magazine

Many workers in Manhattan complain about the grinding brutality of their commute. But Christopher Moore has them beat: he has to take a plane to get to his office.

Moore makes his home in a small Oregon town, but travels once a month to New York, where he works in Midtown, about a stone’s throw from the Empire State Building. There, he runs a group purchasing organization, one of the middlemen most hospitals use to reach deals with vendors for buying medical supplies, drugs and even the food they serve.

Moore’s GPO, Magnet, has carved out a niche for itself: it mostly deals with capital equipment and other big-ticket purchases. But virtually every hospital belongs to a GPO, with reports of hospital involvement ranging from 90 to 99 percent. In fact, most belong to between two and four, according to data provided by the GPOs.

Why so popular? GPOs are seen as a way to drive down supply costs while ensuring hospitals don’t experience the headaches associated with wrangling deals out of suppliers or paying huge salaries to professional bargainers.

They’re also huge — according to a Government Accounting Office report from last summer, the six biggest GPOs accounted for more than $108 billion in goods purchased through GPO contracts in 2008 alone.

It’s no surprise then, that over the past decade GPOs have gained their share of skeptics, who see them not as a relief to the country’s skyrocketing health care bill, but as fuel for it. Anti-GPO reports have steadily trickled out. A whistleblower lawsuit brought by a major GPO’s ex-employee, alleging corrupt practices with vendors, is wending through the courts. And hostile websites have sprung up, including the seemingly homespun Gporeform.org, with its American flag banner and freewheeling, early-days-of-the-Internet vibe.

“American taxpayers and the federal government needlessly pay higher prices for health care, while our citizens are forced into a system where innovation is stifled and patient safety is an afterthought,” the site darkly warns, summing up the critic’s case.

But GPOs, rightly, point out that medical device companies – with whom they are supposed to be negotiating lower prices – have been behind many of the reports. And the relationship between the two industries ought to be, at least in principle, “adversarial,” in the words of Curtis Rooney, spokesman for the Health Industry Group Purchasing Association, a GPO lobby.

“The only people who would benefit from changing the current system would be the medical device manufacturers,” Rooney tells DOTmed News. “Unless they’re willing to take a blood oath that prices would be reduced, I have serious doubts any good would come of it.”
1(current)
2
3
4
5
6
7
8