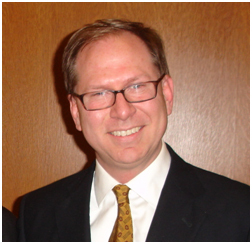 Consider an investment
in video advertising
as a secondary investment
of your new techology.
From the January/February issue of HealthCare Business News magazine

Think about direct-to-consumer (DTC) advertising in health care. What's the first thing that comes to mind?

Chances are, you immediately thought about the pharmaceutical industry's drug-specific campaigns that flood network television. That's understandable considering the pharma companies keep many network stations, magazines and websites solvent with multi-billion dollar campaigns. Between 1997 and 2005 the sector spend increased 296% and it continues to increase.

Hospitals and health networks, while considerably more constrained financially, have over the last couple of decades been pouring it on as well. Anyone traveling along a major urban thoroughfare or down an interstate is likely to encounter alongside typical hotel, restaurant and gas station billboards, hospital and health network signs promoting a hospital's ranking, a new bariatric surgery or cardiac program, or perhaps a message about a particular institution's unique commitment to the human side of medicine.

Hospital-sponsored newsletters have flourished and their local print and broadcast media spending competes with automotive advertising as key sources of local media income. With pitched competition between institutions not only within defined markets but between regions, there are many advertising vectors that hospitals use to advertise directly to consumers. Online presence and spending is also growing on sites with a local focus as well as on more global consumer health sites that offer hospitals geo-targeted advertising opportunities, but what about DTC promotion of medical device technologies to attract patients? Certainly patients, more than ever, want to know their providers have the latest equipment, so what is the opportunity?

Many hospitals have a desire to promote their latest technology acquisitions through DTC advertising and other promotions but have been somewhat circumspect about it for a couple of reasons including vocal opposition to the practice by critics, as well as the challenging nature of communicating complex messages about intricate technology by "billboard."

Opponents of DTC advertising of medical devices believe that consumers lack the knowledge to comprehend and evaluate the message accurately. Detractors also believe the cost of advertising (if a manufacturer is absorbing any of the cost) could result in an increase in the price of medical product if the OEM passes the cost on to customers. Moreover, they argue this kind of promotion could harm the physician-patient relationship if physicians feel pressure to recommend unneeded treatments. Those in favor of DTC advertising contend that it has the potential to improve the physician-patient relationship, increase patient compliance with therapy and recommended visits, have significant educational value and satisfy a patient's desire to know what's available and what a particular device's capabilities/indications are.
1(current)
2
3