Special report: Is your facility on track to meeting meaningful use? 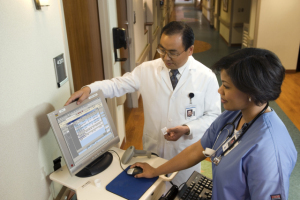 The two agencies responsible for managing the carrot and the stick of the electronic health records incentive programs announced those programs were ready on January 3. That Monday marked the official registration kickoff for eligible hospitals and health care professionals who are looking to reap the benefits of Medicare and Medicaid EHR incentives.

The Centers for Medicare and Medicaid Services and the Office of the National Coordinator for Health Information Technology didn’t have to wait long to reward the first providers for the successful adoption and implementation of a certified EHR. Just two days after registration opened, two physicians in Oklahoma received payments of $21, 250 each as part of the Medicaid EHR incentive program.

Whether providers like it or not, they must get onboard with the unprecedented push for health IT in order to stay competitive. But it’s not just staying competitive that should fuel the IT compliance fire: failure to demonstrate meaningful use of EHRs will result in Medicare penalties come 2015. Even though there’s still years to go, physicians aren’t wasting any time. Providers spent more than $88.6 billion in 2010 on developing and implementing EHRs and other HIT projects, according to a report by PricewaterhouseCoopers Health Research Institute.

“There is nothing comparable to what is being done on a national level with incentives and penalties that has happened in health care IT in the last 50 years,” says Dr. Vinay Vaidya, chief medical information officer with Phoenix Children’s Hospital in Arizona. 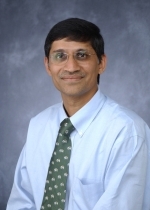 Consequently, last year was a strong one for health IT vendors. “We’ve seen significant growth in our consulting service to help with the process of transformation and for our customers to achieve meaningful use,” says Gerry McCarthy, vice president and solutions line manager, physician solutions, with McKesson Provider Technologies. “It’s been one of the hottest service programs that we’ve offered in the past 18 months.”

Siemens Healthcare’s Health Services unit also experienced a bump — business was up by about 29 percent in 2010, says Luis Castillo, the unit’s senior vice president. In addition to EHR software and consulting offerings, health care business intelligence solutions have been a source of growth for the company.
1(current)
2
3
4
5
6
7