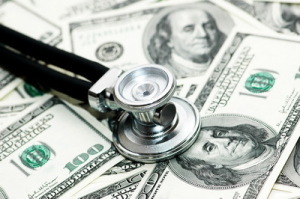 While the cost and provisions of the Affordable Care Act tend to take center stage in health care discussion, there are other health care issues that have significant impact upon Americans. One such lesser known story is the problem of medical debt.

Medical debt relates to families and individuals whose health care costs--regardless of insurance coverage--have placed them in serious financial trouble. The true extent of the medical care debt problem in the U.S. is uncertain, but is a portentous situation, according to some studies that have been conducted.

Legislation has also been drafted to tackle aspects of the problem. Earlier this year Rep. Mary Jo Kilroy (D-Ohio) announced that legislation she sponsored, H.R 3421, the Medical Debt Relief Act, has been reported out of committee, which means it may be soon brought to the House floor for a vote. Rep. Carol Shea-Porter (D-N.H.) has sponsored H.R. 901, the Medical Bankruptcy Fairness Act, which was the subject of a July congressional hearing.

What are the underlying issues with medical debt, and how serious a problem is it in the context of insurance changes and other implementations from health care reform? Below is an overview with input from experts on what is likely to be a growing story.

While the Medical Debt Relief Act is fairly narrow in scope, the legislation addresses one of the collateral effects of such debt, damage to credit rating and financial stability. The purpose of the act is exclude from consumer credit reports medical debt that has been characterized as debt in collection for credit reporting purposes, and has been paid or settled.

According to the Congressional findings in the legislation, medical debt is "unique," because "unlike consumer debt, Americans don't get to choose when accidents happen or when their genetic traits will catch up to their health profile." The findings go on to report that medical debt affects millions, and accounts for more than half of all non-credit related collection actions reported to consumer credit reporting agencies. Medical debt is also more likely to be in dispute, and not of good value in predicting future payment performance because the debt is atypical.

The Medical Bankruptcy Fairness Act is intended to offer certain bankruptcy protections for homeowners who have medical debt, to restore some bankruptcy protections for individuals who have experienced economic distress as caregivers to ill or disabled family members and provide an exemption from means testing debtors whose financial problems were caused by serious medical problems.
1(current)
2
3
4
5
6