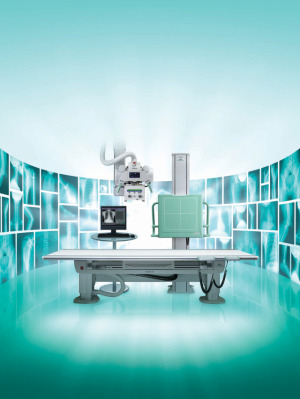 When digital flat-panel radiography was launched just a few years ago, many thought it would take over the imaging world. It has certainly made its presence known, but total conquest hasn't happened just yet. CR is still the workhorse in many radiology departments, but more competitive pricing and recent developments in DR technology, including the advent of wireless detectors and retrofit kits, are giving DR a lot more momentum.

Sales in X-ray including both CR and DR has slumped during the past two years, but some suggest a better outlook in this sector by the end of the year.

"The X-ray market was probably down by 20 percent and the digital market was probably down by a little bit more than that, depending upon what area, but we saw significant declines across the board in 2009," says Scott Burkhart, vice president of general X-ray for Philips Healthcare. "I think hospitals really tried to preserve capital and that really slowed down the tidal wave to digital that we had seen in years past." 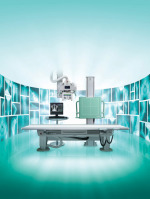 "Sales are about where we expected, maybe even a little stronger than what we expected, in light of the economic situation," says Eileen Heizyk, worldwide marketing manager for Carestream Health. "I think everyone has prepared themselves for the worst, but we do see a lot more interest now that people are looking at their 2010 budgets."

According to market research from well-known firm Frost & Sullivan, Carestream Health is on a land grab for DR market share, and with the introduction of the DRX-1 wireless flat-panel detector in the spring of 2009, that trend is expected to continue.

EDGE Medical Devices, another prominent company in the DR world, received Frost & Sullivan's 2010 award for Enabling Technology. The award was associated with EDGE's proprietary plasma flat-panel detector. In most flat-panel detectors, procuring electrical image data from X-ray radiation usually requires an intermediary conversion of radiation to visible light. The scintillating elements, usually gadolinium oxysulfide, cesium iodide and amorphous selenium, produce the visible light that is then picked up by a layer of thin film transistor or TFT elements. The electrical charge is converted into pixel data and transmitted to the hospital network. EDGE's Plasma DR technology uses selenium, but has replaced the TFT with a virtual pixel array, which not only brings down manufacturing costs and the overall price point, but it just might prove to be more robust than other technologies without compromising image quality.
1(current)
2
3
4
5
6
7
8