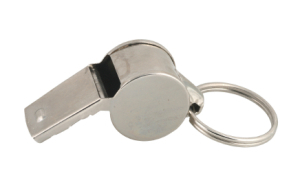 Florida whistleblower
case unsealed
Melbourne Internal Medicine Associates (MIMA), one of Brevard County, Florida's largest physician groups, says it is in the process of settling with the U.S. Department of Justice regarding a False Claims suit, which alleges that MIMA had engaged in Medicare fraud. The original qui tam (whistleblower) suit was brought by the director of radiation oncology at MIMA Cancer Center (MCC) in 2008. The U.S. intervened in the suit in June 2009.

According to the U.S. Government complaint filed in October 2009 in the Middle District of Florida, unsealed last week, MCC allegedly defrauded Medicare and the TRICARE (the health care program for active duty service members, reserves, retirees and dependents) systems through false claims for alleged "improper and unjustifiable radiation oncology services." The complaint claims that the defendants allegedly billed for services without providing the necessary supervision; rendering the service billed; or including the necessary documentation to support the medical billing code. Codes connected with radiation oncology require detailed documentation due to the complex nature of the tumors and parts of the anatomy treated.

The complaint also alleges that defendants administered image-guided radiation therapy IGRT without the required level of supervision, and used a hand-held device system to create an illusion of proper supervision; billed for immobilization devices (to assist in irradiating the proper part of the body) when such devices were not used; excessively billed for complex simulations, and billed for other services not actually performed.

According to a motion the U.S. Government filed in the case, the U.S. is requesting extra time through January in order to finalize settlement terms with the defendants and obtain Department of Justice approval.

MIMA released this statement: "In January, 2009 MIMA received a subpoena from the U.S. Department of Health & Human Services, Office of the Inspector General. MIMA cooperated fully with the government's investigation by producing records and witnesses for interviews. Following MIMA's response to the subpoena MIMA learned that it is the subject of a whistleblower complaint. By law, such suits must be filed under seal and must remain under seal until the court orders, as it did Thursday [Jan. 14, 2010], that the seal be lifted. The parties are in the process of finalizing an agreement resolving the allegations, and MIMA anticipates a satisfactory conclusion to this matter."