For some exams, CEUS represents a sedation-free alternative to other imaging modalities.

by Lauren Dubinsky, Senior Reporter
In recent years, contrast-enhanced ultrasound (CEUS) has emerged as a novel way to image children for certain indications. Unlike CT, fluoroscopy and nuclear medicine, CEUS is free from radiation and doesn’t require sedation, which is often needed for pediatric patients undergoing MR.

“This lack of ionizing radiation with CEUS is a huge advantage for all children,” said Dr. Stephanie Wilson, co-president of the International Contrast Ultrasound Society (ICUS) and clinical professor of radiology and gastroenterology at the University of Calgary. “Therefore, for any examinations that are routinely performed with radiation that can be replaced with a CEUS examination, there is a benefit.” 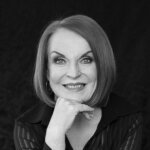 Dr. Stephanie Wilson
Due to the potential health risks associated with ionizing radiation, particularly for pediatric patients, Wilson said replacing a radiation-based imaging procedure with a CEUS-based procedure should be a goal for the medical community. One of the popular applications for CEUS is contrast-enhanced voiding urosonography (ceVUS) to look for urinary tract reflux.

“This is a big and important clinical problem,” said Wilson. “Without CEUS, the imaging requires lots of radiation, so its completely safe performance with CEUS is a major benefit for children.”

During the procedure, the clinician uses a catheter to inject the contrast agent into the bladder to determine whether the junction of the bladder to the ureter is intact or open. This procedure has been around for a long time but was historically done using fluoroscopy or nuclear medicine techniques. 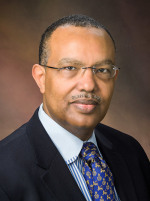 Dr. Kassa Darge
Dr. Kassa Darge, chair of the department of radiology at Children’s Hospital of Philadelphia (CHOP), noted that ultrasound is more comfortable for the patients and detects more reflux on average than the other modalities.

Another popular application is intravenous injection to detect lesions in the liver or other abdominal organs. A very small amount of contrast agent is injected intravenously, which then enables the clinician to clearly see the focal lesion.

“When you inject the microbubbles, it enhances the lesion in different vascular phases,” said Darge. “With that enhancement, you can make a diagnosis whether it’s benign or malignant.”

Adoption of new applications
While these new applications hold promise for the smallest of patients, that only makes a difference if healthcare facilities begin utilizing them. A few factors have stood in the way of widespread adoption, but much has been done to address that.

“Lack of comfort and experience with the performance of the procedures remains a limitation, but this will slowly improve,” said Wilson. “Exposure, instruction and experience are all required for successful CEUS.”

ICUS offers training for an array of abdominal and cardiovascular CEUS applications all over the U.S., and hosts its annual Advances in Contrast Ultrasound International Conference and its European symposium on Ultrasound Contrast Imaging to highlight new research and emerging clinical techniques.

Within the Society of Pediatric Radiology (SPR), there is a task force for CEUS. In January 2017, that task force conducted a national survey revealing that over 80 percent of the respondents did not have the opportunity to learn how to perform CEUS.

That same year, CHOP established the Center of Pediatric Contrast Ultrasound (CPCU), of which Darge is the founder, to offer national and international workshops every month.

The workshop is a one-day intensive course that features live demonstrations on patients, in-vitro demonstrations of contrast and simulations on ultrasound systems. Since April 2017, CPCU has held over 25 workshops and trained more than 200 people.

“Once you have that understanding, for many people the learning curve is very short because the baseline ultrasound exam is really common, and you are just adding contrast,” said Darge. “You only need to understand how it looks with contrast and which buttons to press to understand it.”

He added that the ultrasound software for contrast microbubble visualization improved after the FDA approved the contrast agents. The systems are now very sensitive in picking up the contrast agents, which has helped further shorten the learning curve.

Doing things differently
Aside from a lack of training, another barrier to adoption of CEUS is the workflow changes associated with it. Compared to traditional ultrasound exams, CEUS requires greater involvement from the radiologist.

“Using contrast agents with ultrasound is a little bit of a cultural change,” said Darge. “Before ultrasound, you didn’t have an IV line or a bladder catheter or have to inject anything — you just scanned.”

The Department of Radiology at CHOP has about 50 pediatric radiologists that perform contrast ultrasound in the Division of Body Imaging and the Division of Interventional Radiology, along with the sonographers. Since it’s departmental and not limited to one person doing the studies, the workflow is more streamlined.

As with any imaging exam, reimbursement is a key consideration for facilities looking to implement new ways of caring for their patients. Fortunately, reimbursement for CEUS is generally favorable.

In January 2019, major changes in the payment of CEUS imaging of the abdomen were put into place. That includes a new Category I CPT code that supports that use of CEUS for non-cardiac abdominal imaging.

There is also a CPT code that allows for the billing of intravesical and intravenous exams. The code is contrast-agent-neutral and even covers clinical exams in which the agent is used off label.

“The insurance companies have increasingly accepted that, and we have not seen any significant push from them,” said Darge. “It is very important to realize that this was an important factor to have in order to make the exam widespread.”

However, these reactions were never proved to be caused by the contrast agent. Proponents of CEUS point out that the patients were critically ill and there were many factors that could have contributed to the adverse reactions they experienced.

There is also concern that these contrast agents are associated with embolisms or strokes in the right to left cardiac or peripheral shunts, but a 2013 review of peer-reviewed research published in the American Journal of Cardiology determined this is not a reasonable concern.

In September 2018, ICUS submitted a petition to the FDA to remove the boxed warnings from ultrasound contrast agent labels. The petition states that this would “bring the labeling into line with the current body of scientific research, which now clearly demonstrates the favorable safety profile and clinical benefits of these radiation-free diagnostic imaging products.”

Dr. Steve Feinstein
According to Dr. Steven Feinstein, co-president of ICUS and professor of medicine at Rush University Medical Center in Chicago, and Dr. Brian Fowlkes, professor of radiology and biomedical engineering at University of Michigan Health System, the black box harms patient care because it misrepresents the risks and inappropriately deters the use of ultrasound contrast agents when they are medically indicated. They argue that the black box creates unfounded fears around using these agents and as a result, many patients are exposed to potentially more harmful investigative procedures or have been misdiagnosed or not diagnosed at all.

Dr. Brian Coley, president of AIUM and professor of medicine and radiologist-in-chief at Cincinnati Children’s Hospital, believes that the black box warning should be done away with, but doesn’t think it affects the use of ultrasound contrast agents.

“Personally, the black box warning does not dissuade me or others that I know from using these agents,” he said. “Most of our pediatric patients do not have serious cardiopulmonary disease.”

The factors that he believes do influence the use of these contrast agents in pediatrics are lack of familiarity and training in administration, the need for sonographer and physician training, changes in workflow, the need to start an IV on a child and concerns over reimbursement.

Dr. Brian Coley
“There is the potential for adverse reactions from any contrast agent, so having resuscitation equipment and trained personnel is a prerequisite for administering any contrast agent,” said Coley. “Ultrasound contrast agents are no different and [this] does not mean that they are not safe and that with an appropriate medical indication their risk/benefit profile is very favorable.”

To date, the ICUS petition is still pending. The FDA has to examine it carefully since it affects all of the ultrasound contrast agents in the U.S., but advocates remain hopeful.
“In the last few years, the FDA has consistently removed more and more restrictions as more evidence has come out,” said Darge. “They have been closely following the available current evidence and the large body of evidence that is emerging.”