Informatics, standardization and the next phase for enterprise imaging

by Lauren Dubinsky, Senior Reporter
Imaging informatics represents a new paradigm for achieving efficiency and value-based goals in the radiology suite. Enterprise imaging, workflow standardization and AI applications all have their role to play in bringing imaging informatics to the next level.

“Prior to two years ago, when we talked about imaging, we largely thought about the primary imaging departments and their related PACS systems [including] radiology, cardiology, endoscopy and ophthalmology,” Michael Gray, a consultant specializing in the digital management and distribution of medical image data, told HealthCare Business News. 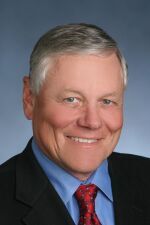 Michael Gray
That all changed, according to Gray, when the need for a centralized architecture became evident. Rather than compartmentalizing data, “enterprise imaging” creates opportunities to streamline information and the way providers interact with it.

“The word ‘silo’ has a negative connotation in healthcare because the ultimate goal is to ensure that the clinical information collected in one system can be reutilized in other systems, in order to provide the holistic clinical data that care providers need to ultimately improve patient care,” said Dr. Luciano Prevedello, chief of imaging informatics at Ohio State University Wexner Medical Center. “Imaging Informatics can help organizations convert silos into important elements of the entire ecosystem.”

Achieving this requires an integrated delivery network (IDN) in which medical images are universally available to every authorized user through a single point that is called the vendor-neutral archive (VNA). The electronic medical record (EMR) needs a navigator application so users can access the VNA and display the corresponding report.

Further complicating matters, said Gray, are all the medical images that are not in DICOM format, including images from surgery, wound care, dermatology and the emergency room. He has seen enterprise imaging, both from a practical and a philosophical perspective, expanding and evolving in steps.

“From the perspective of a consultant, such as myself, who largely has large IDNs as clients, there's a new trend every couple of years where they decide it's time to tackle the next thing,” said Gray. “They had individual department PACS systems, they went to a VNA, went on to image-enable their EMR and then started looking at the complexity and the expenses related to managing all of these non-DICOM images.” 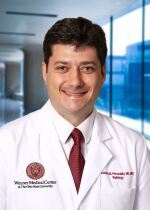 Dr. Prevedello Luciano
But that’s where things were put on hold. The IDNs had to consider how much they were willing to pay various vendors to store, distribute and display these millions of non-DICOM images, all the while not getting any reimbursement for it since they aren’t ordered procedures.

“They really can't afford to leave [the images] in coat pockets because that's a HIPAA violation but they also can't afford to pay the vendors,” said Gray. “I can understand chasing after AI because there’s the possibility of reimbursements and prestige to the medical center, but at the same time we are letting a problem go unaddressed.”

He recommended that healthcare organizations develop a plan for how to deal with their non-DICOM images and then put a date on that plan so it doesn’t get forgotten.

Standardizing workflow
Part of getting data to play nice across different “silos” means adopting a common language to communicate it. This idea is not new in imaging, but the challenge has shifted over the decades.

“Back in the late 80s and early 90s, the thing that drove us to create DICOM was the fact that each CT and MR scanner had its own format for data,” said Dr. Bradley Erickson, associate chair in the department of radiology at Mayo Clinic. “I think the same is true now for workflow.”

Erickson is involved in developing a standard that can interoperate workflow events between PACS, RIS, scanners and the EMR, allowing clinicians to see the workflow status of the images.

The standard is called the SIIM Workflow Initiative in Medicine (SWIM) and it’s now a part of RadLex — Radiological Society of North America’s controlled body of terminology, or lexicon, for use in radiology reporting, decision support, data mining, etc.

Unfortunately, adoption of SWIM has been slow.

“If we don't have some way to orchestrate that in a standard way, we're not going to get there, and instead we’ll have companies that want to lock you into their ecosystem,” said Erickson. “Soon you will either have to support many platforms or you will have to be satisfied with the tools on one platform.”

He speculated that as AI gets more and more pervasive, it’s going to drive the need for better workflow orchestration across different systems. That will then drive the adoption of vendor-neutral terminologies for workflow.

It’s well known that AI is poised to open all kinds of doors in medical imaging, and its potential impact on department workflow is as great as any other aspect of care delivery. 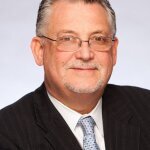 Display protocols are very different, depending on what organ is being imaged, and the personal preferences of the radiologists also greatly differ. AI is capable of learning every radiologists’ display preferences.

AI can also learn where and how images are automatically presented, which would ensure that the right radiologist is reading the right study at the right location and right time. It can also determine the priority of a study based on information within the EMR, but unlocking those workflow benefits will require a common language.

“Just as how we now have VNAs where everybody archives data, I believe that we need something like a vendor-neutral orchestration of analytics and tools,” said Erickson. “We all want to use one vendor’s tool for one problem and a different vendor’s tool for some other problem, to potentially form the same image set.”

How will AI roll out in the clinical setting?
It is no surprise that AI will be a focal point for attendees and presenters at the SIIM annual meeting in June. In fact, one of the landmarks of the meeting — the Dwyer lecture — will be delivered by Dr. Charles Kahn, editor of the Radiology: Artificial Intelligence journal, on the subject of making AI safe, effective and humane.

“Artificial intelligence has been dominating many of the discussions because there's so much hope for what AI can do,” said Wexner Medical Center’s Prevedello. “And with the hope there's also hype, but SIIM is pretty good in separating the two.”

Figuring out how to integrate AI in a way that substantially improves the practice of medicine is right at the nexus of what imaging informatics does, according to Erickson, but clinical integration is not something that has been carefully thought through yet.

Erickson believes that once AI starts to be used more, the industry will realize that it’s not as easy as simply connecting something to their PACS.

“I think many of the small companies that have developed AI-type products have not thought about the enterprise aspects in terms of how to integrate with the rest of the informatics infrastructure that is present in a hospital, how to get their results back and how to make sure that it works 100 percent of the time and not just enough for a demonstration,” said Erickson. “I think that next level of maturity hasn't really happened yet.”

Another challenge with AI, according to Primo, is that many of the results are currently anecdotal, and outcomes can be highly dependent on factors such as the image acquisition process, signal-to-noise ratio, examination techniques and the make and model of the imaging modality.

“The reproducibility of AI outcomes will be essential to overcome the conundrum, the plural of anecdote is not data,” said Primo, citing a popular phrase that cautions against misleading evidence. “For AI-driven image interpretation to become widely accepted in the radiology community, standardization needs to be addressed.”

“A first step will probably be exploring standardized imaging acquisition processes, image quality and other variables to be used with AI applications,” said Primo. “Only then, could AI applications become more vendor-neutral.”