By Ying Meng and Nir Lipsman

Few among us have been untouched in some way by Alzheimer’s disease (AD). Whether a parent or grandparent, in the clinic or at home, the challenges of the disease and the toll it takes on patients and their families is significant, and only expected to grow. According to recent statistics from the United States, AD is the only top 10 cause of death that cannot be prevented, cured or slowed. Such sobering facts highlight that despite significant advances in our understanding of its pathophysiology, genetics and brain imaging, we are still far from effective disease-modifying therapies.

However, as we look to the future, novel treatments, such as focused ultrasound (FUS), continue to be investigated as technology that may one day help close this “therapeutic gap”. FUS uses the power of ultrasound waves to influence pathways deep inside the brain without needing traditional surgery or scalpels.

Barriers to progress
The challenges of therapeutic development in AD are many, and range from our evolving understanding of its pathology, to designing clinical trials, detecting the disease at an early stage, and defining meaningful outcomes. Recognized now for decades as being, perhaps, the largest challenge: the blood brain barrier (BBB). The BBB is a feature unique to the central nervous system, and is a physical barrier, composed of tightly bound cells and processes that line the surface of fine capillaries within the brain. The BBB restricts the passage of large molecules, including potential therapeutics, into the brain, and expels certain drugs that do make it past the BBB. In cases where therapeutics do cross, failure to do so efficiently or at clinically meaningful concentrations is an important reason for poor treatment responses. In conjunction with developing targeted and effective pharmaceutical options, there is an urgent need to develop ways to enhance their delivery across the BBB, to where they are needed most, directly at the site of pathology.

Promising science
Safely and effectively overcoming the BBB has been a target of researchers for decades. To date, most attempts have required an operation, inserting catheters into the brain and infusing agents at high concentrations, as a way to “overwhelm” the barrier. Researchers at Sunnybrook Health Sciences Centre in Toronto, Canada have developed an entirely different approach, utilizing low-frequency focused ultrasound, that is noninvasive, does not require surgery or implants, and that is able to open the BBB quickly, safely and reversibly. Pioneered by Dr. Kullervo Hynynen, at Sunnybrook, this technology takes advantage of the oscillation of preformed inert microbubbles, which, when exposed to ultrasound rapidly oscillate, and cause a physical opening in the BBB that is temporary. Focused ultrasound circumvents many of the challenges of previous BBB technology, as it is image-guided, occurs in real-time, and leads to closure of the BBB within hours of the procedure.

Over the last decade several pivotal preclinical studies have demonstrated that FUS can be used as a potential therapeutic delivery strategy, and even, perhaps, as a stand-alone therapy itself. The teams of Dr. Hynynen and Dr. Isabelle Aubert, also a scientist at Sunnybrook, have shown that FUS-mediated BBB opening dramatically enhances brain concentration of anti-amyloid antibodies in preclinical models, leading to increased clearance of amyloid pathology in affected regions. Surprisingly, these preclinical studies showed that temporarily opening the BBB, even without the co-delivery of a therapeutic, led to increased amyloid clearance, the generation of new neurons in the hippocampus (neurogenesis) and behavioural improvements on a memory task. This preclinical research demonstrated that opening the BBB generates a localized immune response that may permit the body’s own immune system to target and clear amyloid plaques. These exciting findings were further corroborated by work done by the group of Dr. Jurgen Gotz at the Queensland Brain Institute in Australia, showing ultrasound in transgenic AD models can be used to safely open the BBB, and clear amyloid, and potentially tau as well, either with ultrasound alone, or with the delivery of a therapeutic.

Continued research and beyond
Our group at Sunnybrook developed the first-ever clinical trial to investigate the safety of opening the BBB with FUS in patients with mild-to-moderate AD and involved targeting a small region in the frontal lobe. In this phase I trial, six patients were each treated twice, one month apart, in progressively larger volumes. We showed that temporarily opening the BBB in this region was well-tolerated by patients, safe, and not associated with bleeding, swelling or any untoward effects on memory, cognition or amyloid load in the brain. We further demonstrated that closure of the BBB happened in all cases, within 24 hours. For the first time in AD, the BBB could be breached noninvasively, in a highly controlled and precise fashion.

In AD, there is an ongoing phase II trial at Sunnybrook supported by the Weston Brain Institute and the Focused Ultrasound Foundation, where the goal is to open the BBB in multiple brain regions known to be involved in memory and cognition, and which are affected by amyloid pathology. These regions will be selected through 18F florbetaben PET scans allowing us to adopt a more personalized approach to both study design and eventually, treatment itself, permitting drug delivery in subsequent trials directly to where the pathology is located.

The implications here extend well beyond AD to other neurodegenerative and brain conditions where the BBB is a major obstacle. We now have active trials of BBB opening and therapeutic delivery in primary and secondary brain tumours, as well for Amyotrophic Lateral Sclerosis (ALS) and Parkinson’s disease.

Future directions
There has been little progress in AD therapeutics despite multiple promising studies, and billions of dollars spent on clinical trials. The most promising approaches target AD pathology directly, with antibodies binding to amyloid or tau, to enhance their clearance. To date, however, few clinically meaningful changes have been found, and a kind of therapeutic pessimism permeates the field. To the extent that the BBB is a major obstacle for current therapeutics, FUS, whether alone or in conjunction with a drug, may be a promising alternative.

While it is still early stages in the investigation of FUS BBB opening, this innovative approach shows promise for enhanced drug concentrations, dose reductions and potentially, the mitigation of side effects. It could one day also allow for early intervention at pre-symptomatic stages, particularly with advances in safety and tolerability.

One can also envision the delivery of vaccines or genes, to offset or influence the natural history of amyloid, tau, inflammation, or other pathologic hallmarks of AD. We are still very much at the beginning of this field, but hold out hope that FUS and a targeted approach to AD pathology at its earliest stages may help with future treatment of this most devastating and challenging of brain conditions.

Nir Lipsman
About the authors: Dr. Nir Lipsman, M.D., Ph.D., is a neurosurgeon and scientist at Sunnybrook Health Sciences Centre in Toronto. He is the director of Sunnybrook's Harquail Centre for Neuromodulation and the clinical director for Sunnybrook's Focused Ultrasound Centre of Excellence. 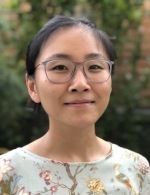 Ying Meng
Dr. Ying Meng, M.D., is a neurosurgery resident and Ph.D. graduate student at the University of Toronto, currently working on preclinical and clinical applications of focused ultrasound to neurodegenerative and oncologic disease.