by John W. Mitchell, Senior Correspondent
Pity the imaging department director when administration finds out that the hospital spent twice the average cost of service for an ultrasound unit. It may sound far-fetched but, according to a three-year retroactive study, such is the case for 10 percent of hospitals in the country.

The study, conducted by Alpha Source and published in 2016, evaluated service finances for 673 identical ultrasound units in hospitals, physician offices, and imaging centers from 2011 to 2014. The study also found that a quarter of all hospitals spent 50 percent more than the average service contract cost.

So how can providers make sure they’re not overspending? Well, for one thing, it pays to read service contracts closely and between the lines. 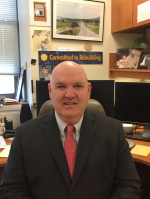 Donal Teahan
“Everyone signs a base service contract,” Donal Teahan, senior director of practice development in the Department of Radiology at NYU Langone Health, told HealthCare Business News. “Most current contracts are based on old business formats with vendors selling what they want, not what we actually need. Vendors need to think about service offerings outside of patient scan hours that do not impact the ability to treat patients. Our patient hours are first and second shift. Elective service should be third shift.”

Teahan explained that costs for service are secondary to uptime for NYU. “We have a capacity challenge, not a volume problem”.

“Any service during scanning hours is a lost opportunity,” said Teahan. “Service is not just a cost of doing business … we want our scanners up and functioning all the time.”

Teahan is passionate about the subject of service and keeps a finger on the pulse of the sector. As such, he counsels that a service contract might seem like a good deal if it includes all the PMs (preventive maintenance). But the catch is when the PMs or system upgrades take place during patient hours. It is as important to negotiate hours of coverage not just what is covered.

Teahan said it’s surprising how often providers agree to contracts and end up paying high hourly rates for coverage that should be included upfront.

Rural hospitals should be ready to negotiate
Halfway across the country from New York, in the small Colorado town of Delta, the stand-alone 50-bed Delta Community Memorial Hospital (DCMH) operates on a tight budget to primarily serve a Medicare and Medicaid population. As with any rural facility with a tight operating budget, a poorly negotiated service contract for some of the most expensive technology in the hospital can offer an unpleasant surprise to the bottom line. DCMH’s longtime director of radiology, Jeff Richmond, has learned a few things about service contracts over the years. 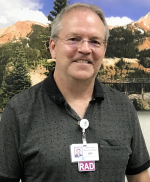 Jeff Richmond
When it comes time to seek a new service agreement, let the current service provider know that cost is a primary consideration. He said to be prepared to switch vendors if the current vendor does not negotiate. Fortunately, one of the trends Richmond has noticed in recent years is that service providers have become more competitive on price.

In a lease situation, Richmond advises to be aware that the vendor may add property tax to the cost of the service agreement after the deal is signed, and that this expense should be negotiated beforehand.

Another key factor for a rural hospital is location. The service provider must be able to provide a fast response time for diagnostics and parts replacement in an out-of-the-way location.

And finally, be sure that all agreements have an “out clause” for cancellation if the covered equipment should be replaced – especially if the original service contract was renegotiated. This he learned from experience many years ago.

“We had a vendor that lowered the cost of the service agreement for software maintenance with a longer term. There was no mention of an out clause in the agreement,” Richmond said.

When the system reached end-of-life, Richmond said the hospital decided to purchase another vendor’s system that offered more functionality at a lower cost. The (original) vendor insisted that they continue paying the cost of the service agreement, even though the hospital no longer owned the system.

Leverage service before the purchase
The negotiation for service should begin while the equipment is still a gleam in the eye of the radiologists, advises Alan Bailey, vice president of imaging services, Bon Scours Richmond Health System in Virginia.

“The best strategy is having the conversation with [the manufacturer] prior to the purchase,” said Bailey. “I let them know that I’m looking for a five-year contract, to better manage the total cost of ownership, as part of the deal. Because once I have the equipment, I’ve lost my leverage.”

He said this includes such details as providing service around the hours of operations, not during it. But the service needs for inpatient and outpatient imaging operations might differ, depending on the hours.

“If you have an imaging center operating 8-4:30, you might not need a Cadillac, gold service plan – it won't hurt if you need to shut down for three or four hours occasionally to perform PMs," said Bailey.

Bailey thinks that OEMs are getting more competitive on multi-year service contracts. They are, he said, working to create a value-added differentiation between themselves and third-party service providers. He thinks this value-added attitude by OEMs is a promising trend. Such considerations are especially important for high end, specialty equipment – such as a metal artifact reduction CT scanner, for example - for which only the OEM can provide a very expensive replacement tube. 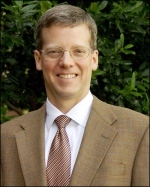 Roger Johnson
This doesn’t mean the discussion has to be adversarial, Bailey stressed. Creating good working relationships around honest service is important – it "helps the vendor help me." Above all, he maintained, a service contract is a type of insurance.

“You cannot afford to be without insurance on a million-dollar piece of equipment,” said Bailey.

But even with such protection, the length of warranty/service coverage on parts is also an important consideration. Bailey recalled how he arrived at a facility as a new radiology manager and was presented a vendor invoice for $47,000 for a tube on a fairly new CT machine.

The prior director had not realized that the one-year warranty did not extend to the tube, which was only covered for 90 days. Unfortunately, the tube failed at six months, so the hospital was liable for the replacement cost.

Good service contracts help the bottom line
For Roger Johnson, co-founder and owner, Ivy Ventures, attention to good service contracts is essential in reducing the total cost of ownership. It’s worth the effort, he said, as imaging is usually one of the top three profit centers for the average hospital.

Ivy helps its hospital clients with growth solutions, primarily around performing as well as the stand-alone outpatient centers against which hospitals often compete poorly. The company has worked with dozens of health systems and hospitals to improve outpatient imaging service since its founding in 2003.

Consequently, Johnson said, Ivy has negotiated the purchase of a lot of imaging equipment and service contracts for its customers.

“[In the past] purchasing managers, rad directors, and senior hospital executives spent a lot of time looking at the capital acquisition price, but not the total five- to ten-year cost of ownership with the service contracts," said Johnson. “So, it’s a good thing to look at that up front.”

Increasingly, he finds that OEMs are looking to bundle the cost of service contracts in with the purchase price. For example, they will offer annual or semiannual upgrades as part of the service package. Like Bailey, he cautioned that this work should be done at the convenience of the hospital, rather than the vendor. But he also stressed that OEMs are not the only source of service contracts, a consideration that he said is more likely to be overlooked in smaller hospitals.

"There is sometimes a knee-jerk reaction that when you buy equipment you should sign that OEM’s service contract. In some cases, that’s true…”, Johnson said. “But I think there are real value opportunities in looking at risk management and self-insured products that were more popular five, ten years ago. If you're a system with some scale, you can take the first-dollar risk (high deductible) up to a certain amount.”

Another trend he has noticed is that service providers are now willing to negotiate on "uptime" guarantees. For example, in an emergency department where the CT scanner is mission critical (the hospital will likely have a backup CT available), a target such as 99.1 percent uptime is negotiable, along with the response time for repair.

With the pressure on reimbursement due to the advent of value billing and population health models, there is an evolving tendency for hospital imaging departments to not replace equipment as often, according to Johnson. This, of course, makes good service even more vital.